Veganism is far from new but in places like the Med, where livestock and fish are central to its diet, it has taken a while to kick-off. As for Malta, traditional Maltese cuisine involves heavy portions of carbs, seafood, meats and cheeses. Yet, there's plenty of local, seasonal vegetables that can serve a vegan crowd.

Malta's tourists and locals are increasingly demanding animal-free products. The food industry has begun to take hold of the opportunity leading to an increase in vegan dishes, especially in the more touristic areas of St. Julian’s, Sliema and Valletta.

Why are vegan diets on the rise?

Aside from animal cruelty and the mass production of processed foods, veganism is fighting a battle against climate change. This is because raising animals for meat, milk, and dairy production wastes resources and damages the environment on a massive scale, making the meat industry a top emitter of greenhouse gases.

If you're thinking that this post is not for you because you're not vegan, think again. You can still choose to enjoy a vegan dish, whether for a healthier lifestyle or for a greater cause.

It will cost you nothing to choose a vegan dish that is healthy, delicious and good for the environment. Even the smallest steps can deliver important results. Concepts like Meat Free Mondays, Reducetarian diets, and Vegan Before 6:00 offer something for everyone.

If there’s an animal product you presently eat that you don’t really enjoy, why not cut it out today?

There is no doubt that the vegan food industry relies on the demand for vegan food. Although, I have to say that, after trying out some of Malta's vegan restaurants, I would pick a vegan dish over a meat dish any day. Here are some of my recommendations.

Balance Bowl is a cosy restaurant nestled between many of The Strand's eateries in Gzira. I visited recently and fell in love with their 100% vegan menu.

Speaking to Barbara, one of the three founders of Balance Bowl, I learnt that today's menu is a representation of their most cherished dishes. Balance Bowl has spent the best of the last 2 years dolling out vegan goodness. One of the country's vegan favourites, I expect there will be many more years to come.

When I visited, I tried Balance Bowl's burger called 'Beyond Madness with Tomato Dip' made with Beyond Sausage and Beyond Meat. It also had crispy BB bakon finished with cheeze, tomato sauce and a side of nachos.

It was a flavour bomb and and the Beyond Meat was so ridiculously meaty that it could have fooled me. 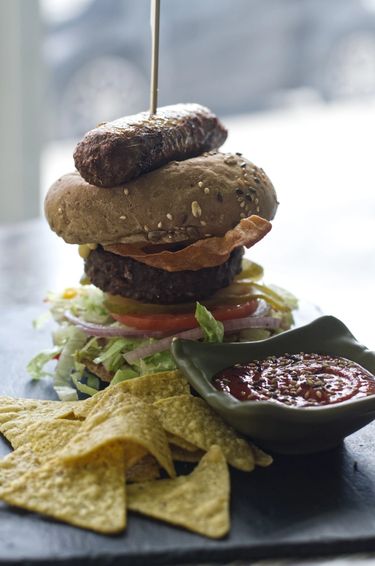 I also love that Balance Bowl focuses on freshness. As you walk in you'll see their fresh fruit and veg on display, ready to be transformed into smoothies and juices. 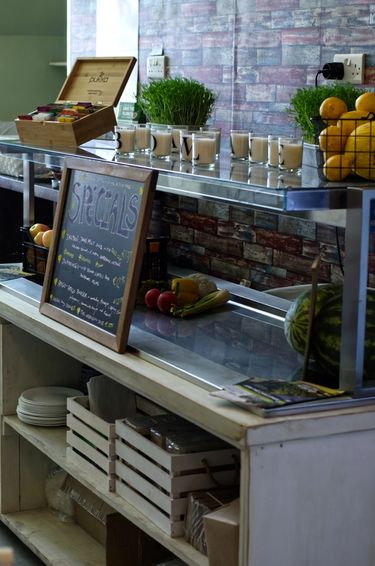 I tried their Mellow Melon juice made from melon, pear, cucumber and celery and I can't say I was disappointed. They also have a range of salad bowls for a lighter but no less fulfilling meal. You can even customise your own bowl with their unlimited nutrition bar containing salads, grains and pasta. 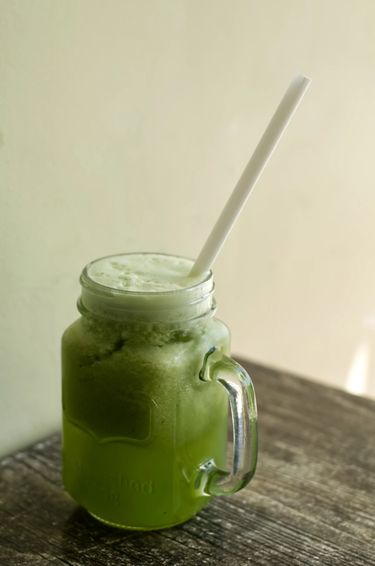 This small restaurant doesn't just do food well, it also excels at provides a welcoming and homey space. The seating area is surrounded by colourful lamps made of repurposed glass bottles, plants and uplifting mottos. 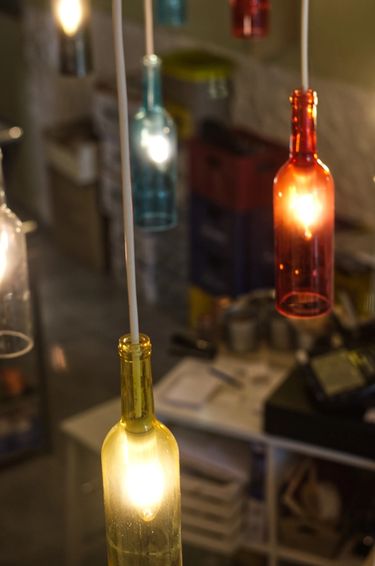 They also have a lounge area upstairs, which they refer to as the “social mezz”. 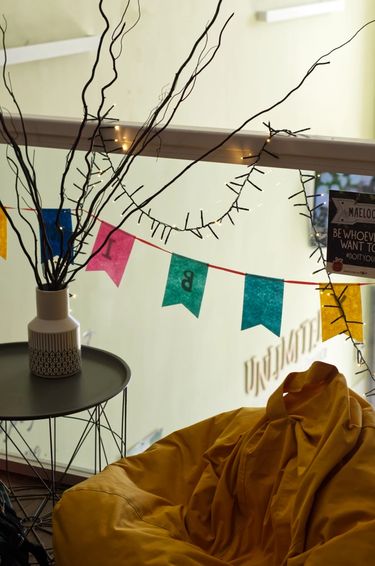 There's a bookshelf stocked with books and board games, in return for good memories. A fast internet is also available for those looking to do some remote work. Can't say no to that these days!

Did you know that they prepare monthly vegan food plans? I also talk about it here.

Founded by two friends who combined their love for cocktails and cooking, this colourful spot was born in Marsaskala (and now Gzira) to give customers great food and good vibes.

Whilst not being a strictly vegan restaurant, Foam and Fork offers every dish on their menu as a vegan option which makes their choice extensive. They serve a range of cuisines from Asian curries to salads and tapas.They also serve a wonderful range of juices and smoothies.

Foam and Fork also emphasise freshness by sourcing all their organic produce from the farmer's market in Malta. This means that their menu changes with the seasons, a concept I adore, as that ensures sustainability and a variety of dishes you get to try across the year. I recommend you like their Facebook page to get updates on their seasonal menus. 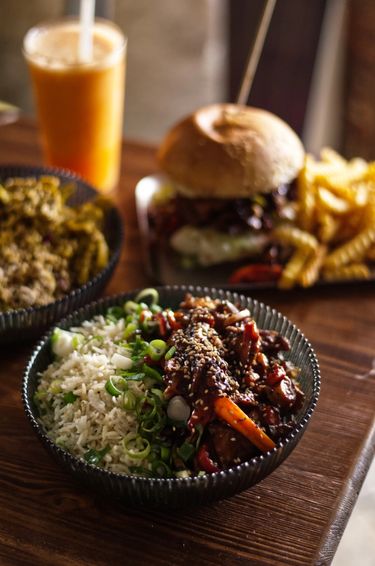 I visited for lunch and it was truly hard to pick a dish as everything looked scrumptious. In the end, I went for the wonderful Mongolian seitan curry with a serving of rice, washed down with one of their homemade teas. It was a hearty portion and very delicious. 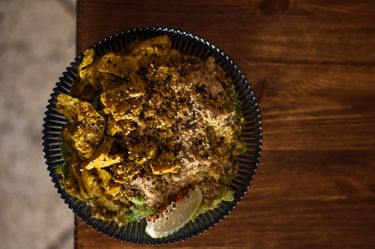 They are also open for brunch with a dedicated brunch menu so do check them out!

Moreish is the newest kid on the vegan block. Named after the adjective moreish (to want more of something yummy), this joint offers a plant-based menu in collaboration with Doctor Juice. They're currently serving a mouthwatering range of dishes from plant-based burgers using Moving Mountains plant meat to jackfruit burritos and shiitake bao buns.

I haven't had time to try them but I have to say their menu is more than worth a look. I literally cannot wait to take a bite of their Tofish Chips dish made of deep-fried tofu wrapped in seaweed, with a side of chips. Hell yeah!

They're currently only taking orders on Friday and Saturday evenings so make sure to get your fill then!

There are several more restaurants and cafes offering vegan plates and treats, which I hope to review in the future.

A quick solution would be to consult the The Vegan Malta Map which marks vegan and vegan-friendly spots all over the island. No matter where you are when you get hungry, you can take a quick look and see what's nearby.

Although the map has lots of good spots, I don't think it's been updated in a few years because it's missing a lot of great options. This is where the Vegan Malta Eats Facebook group comes in. They are up to date and post regularly about vegan finds, including a comprehensive excel sheet listing most vegan eateries, so check them out!

In the meantime, do yourself a favour and grab yourself a meal at one of these fabulous eateries. Support local and support the environment.