Autumn is coming to a close and I'm craving 'cozy' by the minute. My tea consumption as sky-rocketed as I keep my poorly hands in steaming condition. But I just had to take tea to another level. Because why just sip it?

Tea is SUCH a versatile ingredient. You can infuse it in savoury dishes, sweets and cocktails but it is most famous for being added to baked goods. A tea dessert that most popularly know of is Matcha Cake, made from Matcha tea — a powerful form of green tea that is ground into powder. You'll find Matcha desserts in all sorts of cafes and restaurants in Japan. 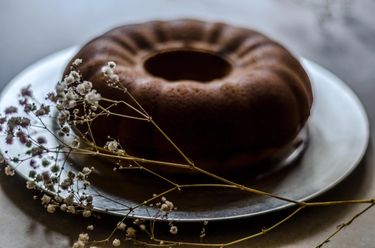 But how do you get the tea flavour into your baking?

The easiest way to bake with your favourite tea is to infuse one of your other ingredients with the tea leaves, just like you would if you were steeping a cup. The most common things to infuse with your tea are milk, butter, and water. You can also grind the tea leaves into a powder and incorporate them directly into your baking. In this recipe, I used a special powdered mix of Yerba Mate and Matcha — two wonderful teas that have several health benefits and are so tasty to drink. We've covered Matcha, but what exactly is Yerba Mate?

What is Yerba Mate Tea?

Mate is a traditional South American drink that is brewed from the leaves and stems of the Yerba Mate plant, an indigenous tree. It was first consumed in Brazil in the 17th century and is now considered a national drink in several Latin counties like Argentina, Brazil and Uruguay.

Mate has the acquired taste, which is a slight astringent bitter flavour, caused by the high tannin content in the leaves. Also, the veins and stems are not removed from the plant, so mate typically has a strong woody flavour. But despite it's bitterness, it's a much loved drink.

When I was visiting Argentina, I would pass by dozens of passerby drinking Yerba Mate tea from the traditional gourd known as guampa, through a metal straw called bombilla in Spanish. It is also not uncommon to see the guampa being shared amongst friends, with constant refilling from a thermos. The Yerba Mate 'kit' can be found in any traditional store, marketplace or souvenir shops.

What Happens When You Drink Yerba Mate?

Yerba mate makes you feel energised. Like coffee, Yerba Mate is a caffeinated drink but it is said to prevent the unpleasant side effects, like crashing and the jitters coffee brings. This tea also provides enough nutrients to be considered a vegetable, so much so that some people refer to it as a 'drinking a salad. To top it off, it also has anti-bacterial and antioxidant properties that help keep your immune system healthy and fight off bacteria and colds.

I came across Matcha Yerba Mate in powder form when I was introduced to a Tea company called Love Tea (it sadly closed its doors). I did manage to find the equivalent at The Spice Hut. 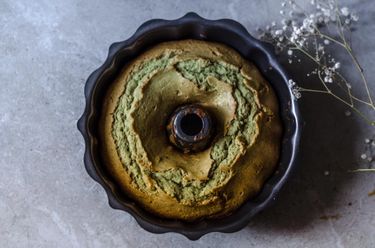 Why is Matcha Yerba Mate Beneficial?

Like Yerba Mate, Matcha has similar health properties in preventing heart disease, providing a caffein-kick without the jitters and its full of antioxidants. As Matcha is a green tea ground into a powder, you will be consuming the leaves in their entirety, ensuring that your body is absorbing the highest concentration of antioxidants, vitamins, and minerals possible. 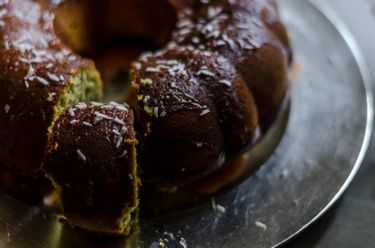 As Matcha Yerba Mate tea may be hard to come by, you can just use matcha powder for the same effect. The flavour will be as fantastic.

As both Matcha and Yerba Mate can be bitter in flavour, I thought that adding blood orange would add some brightness. And it worked! The tea brought depth in flavour, the orange a mild sweetness and the cake was so moist with the combination of yoghurt and coconut oil. I also added icing to this cake, to give the cake more of a luxurious melt-in-your mouth experience and to give the blood orange the opportunity to shine. Cosy and fat is where I'm heading. 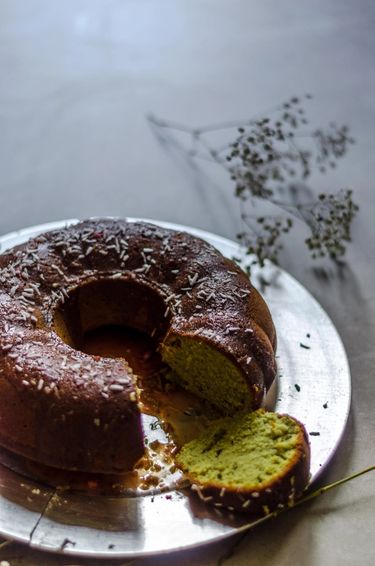 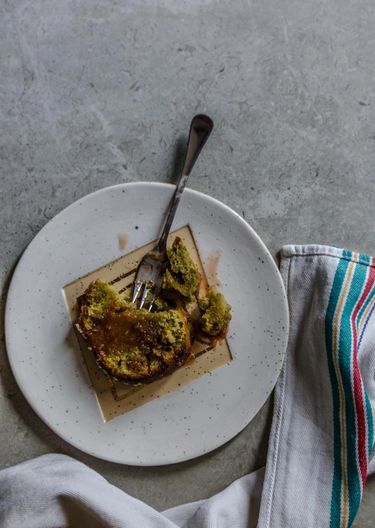